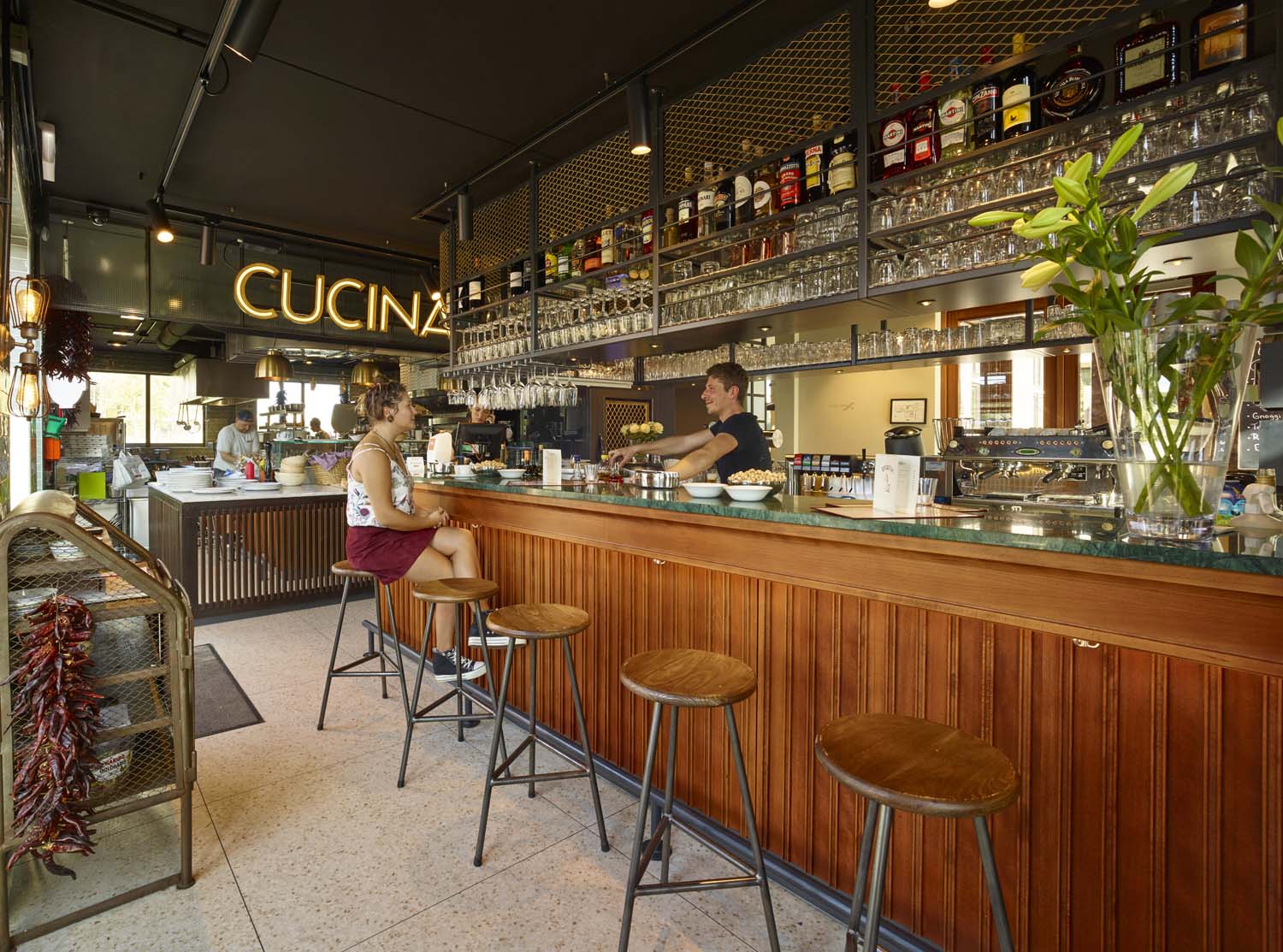 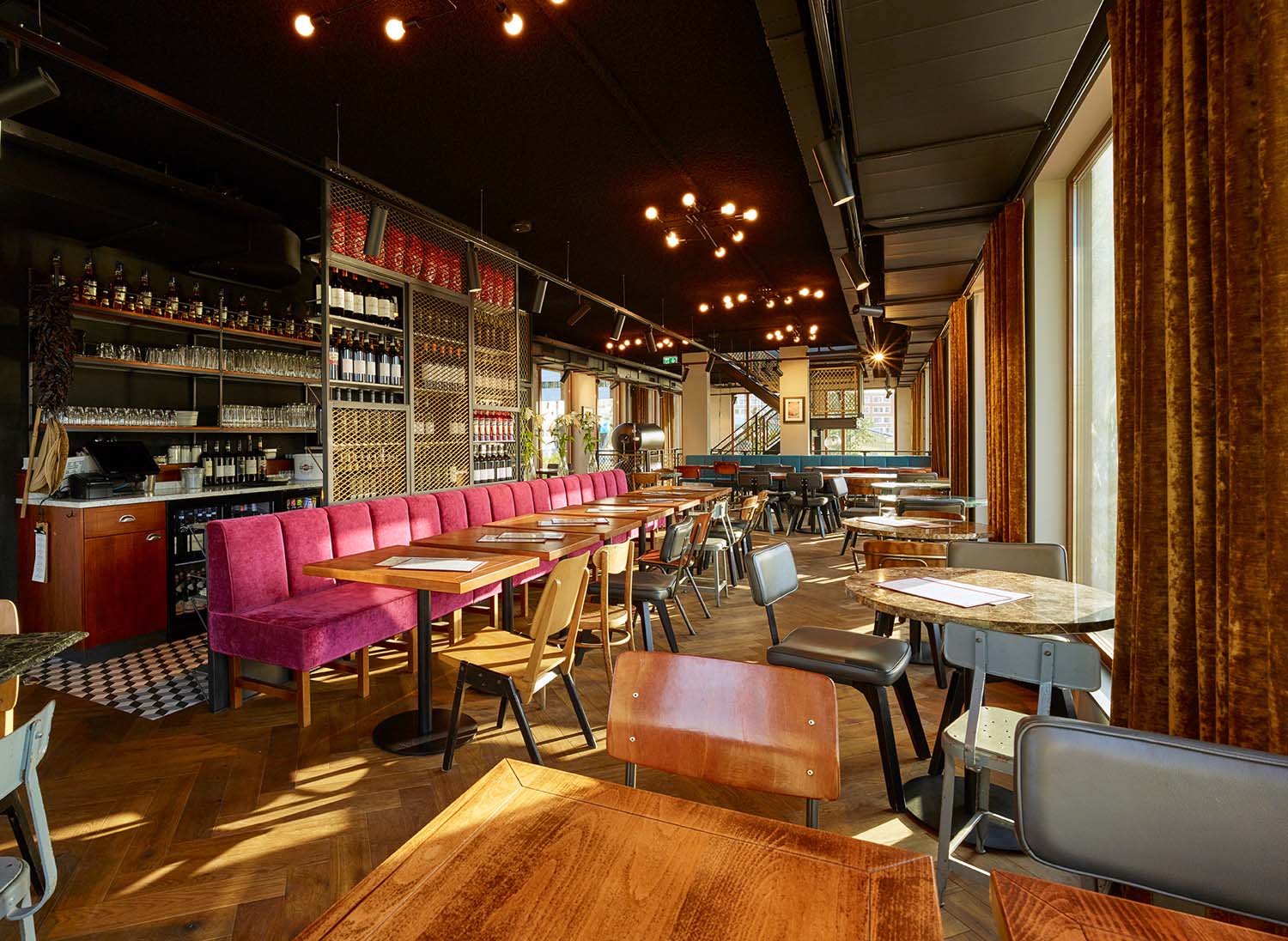 The L’Osteria franchise chain has over 120 branches in seven countries. In 2018, it opened its first Dutch restaurant, in Amsterdam and a year later L’Osteria The Hague opened its doors. A third location was planned for spring 2020, but the lockdown forced the owners to call it off, or rather, to postpone it.

“It does not change the ambitions of L’Osteria”, says Raymond Groenteman, who, as one of the shareholders in the Dutch franchise organisation, is responsible for real estate, construction, and the financial administration.

“Our ambition has always been to open fifteen to twenty new locations in a space of ten years. We have now stagnated now for over a year. When hospitality reopens, we will simply continue with our original plan.”

I really like the way Bulsink works. Completely digital.

The ‘Zara’ of restaurant chains

“L’Osteria was started by the same owners who once launched the well-known Vapiano concept”, Raymond continues. “They adopted some of the good aspects and added something important to the new concept; a full table service. That has an impact on the experience.”

“In a German magazine, L’Osteria was once characterised as the ‘Zara’ of restaurant chains. I believe that’s a good comparison. Nice interior, high-quality products and more than fair prices. We want to offer our guests a similar experience. Everything is fresh, the portions are large, you dine in a cosy restaurant setting, and when you checkout you’ll be pleasantly surprised by the bill.” 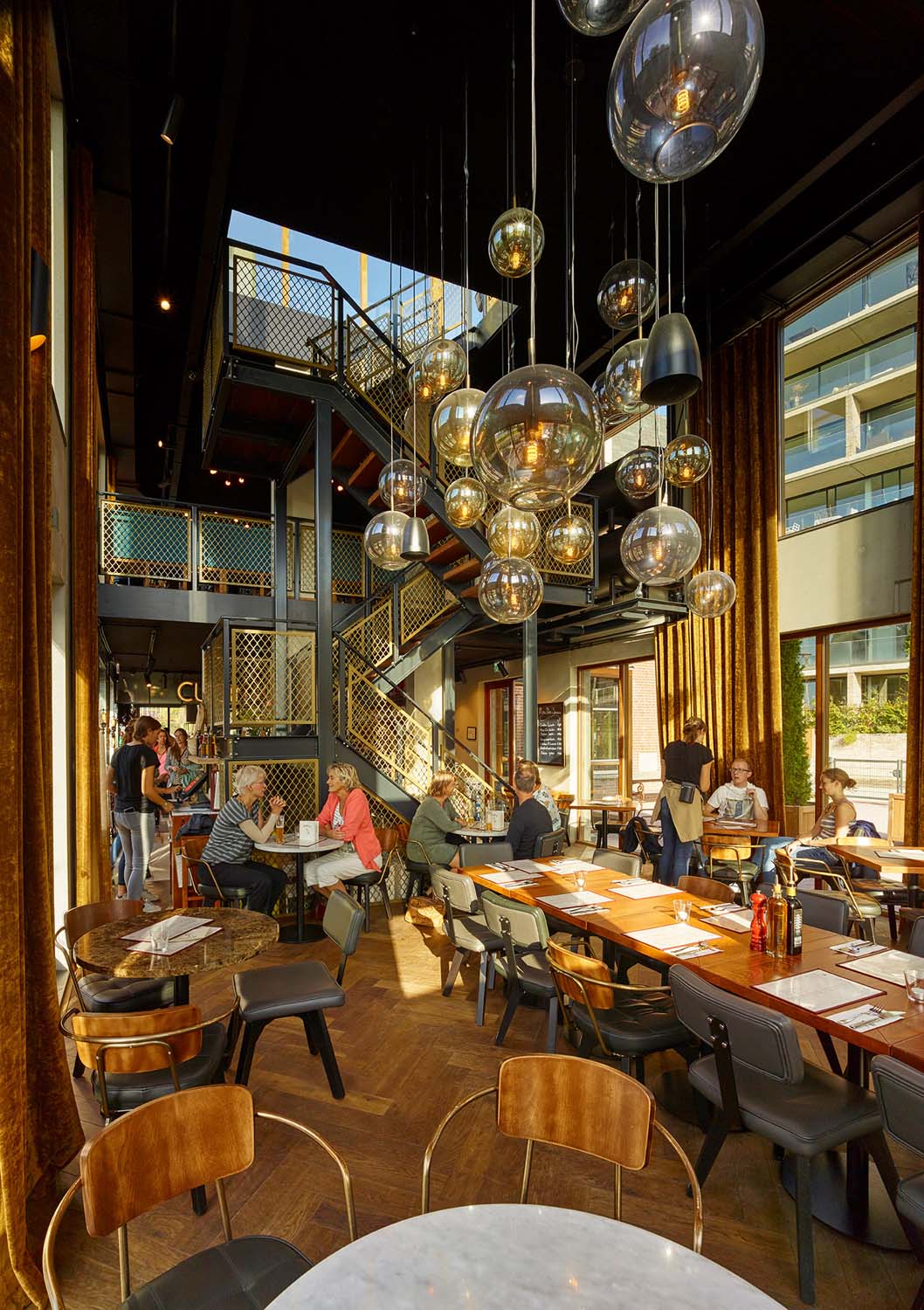 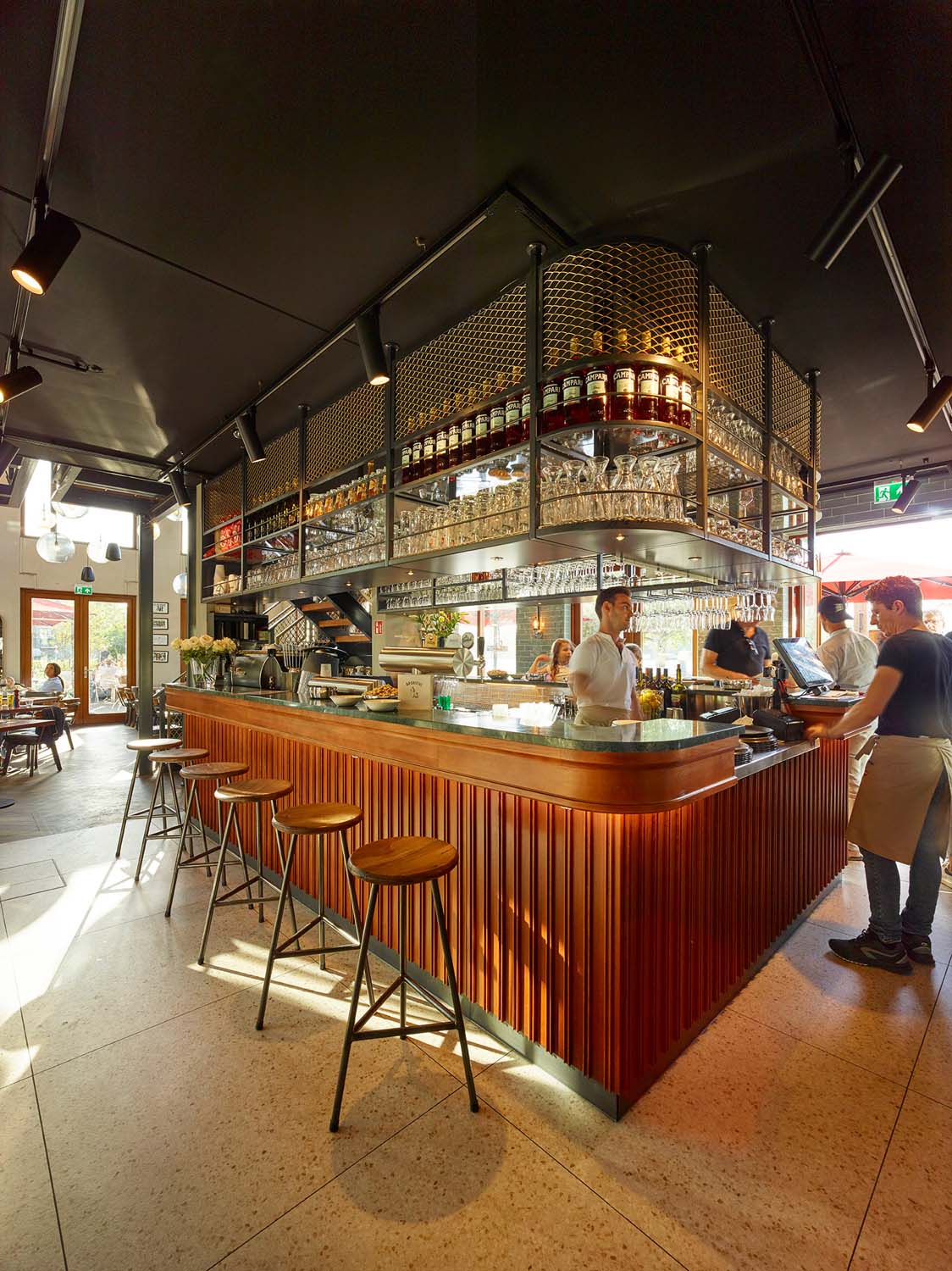 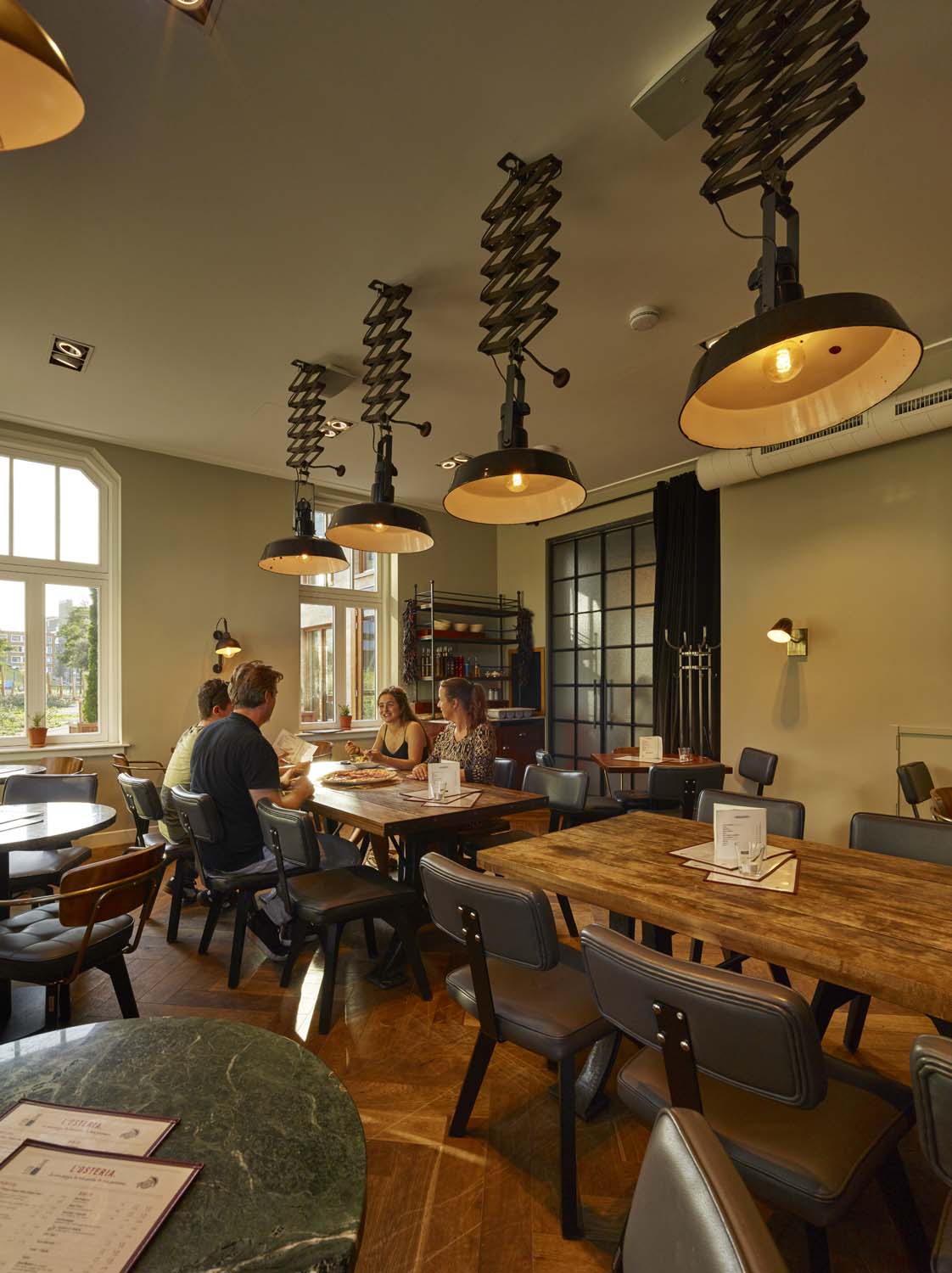 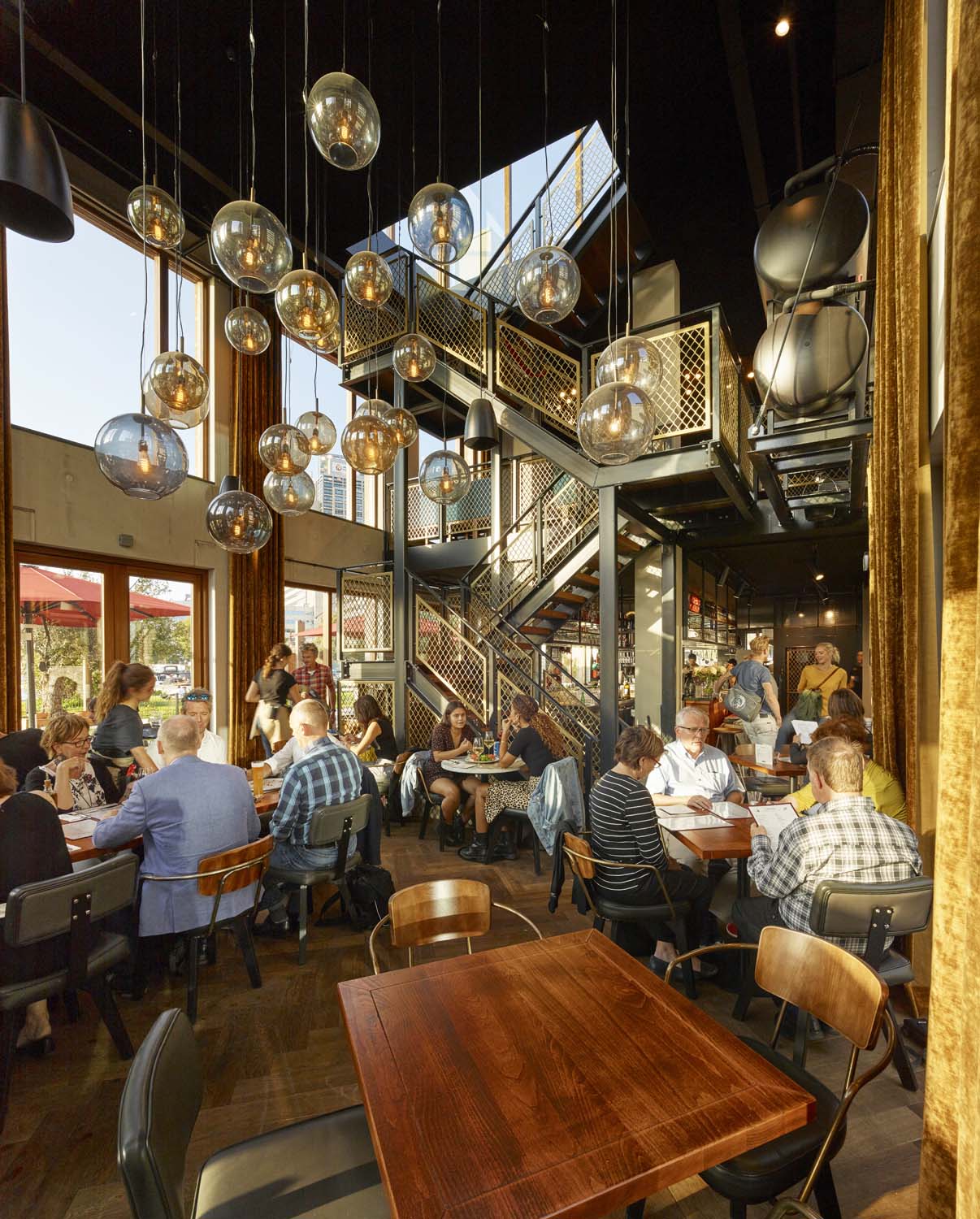 Webcams and a WhatsApp group

Soon, L’Osteria will continue to expand again at the rate of one or two branches per year. In looking ahead, Raymond has Bulsink’s full cooperation to do so. “Bulsink built our first and second location and we were already jointly preparing the third site, when we were forced by the lockdown to call it off.”

“I really like the way they work. Completely digital, just the way I like doing things myself. A digital platform to keep track of things. Webcams at the construction site for remote monitoring. Whoever has a question or encounters a situation, they simply share it in our WhatsApp group, so no time is lost.”

“Another factor for choosing Bulsink as a contractor was their specialisation: concepts. They have an impressive portfolio; organisations such as Rituals do not work with just any contractor. They had also already built a number of other food and hospitality locations.”

“We have a German architect, who was also involved in many of the German L’Osteria locations and knows our concept well. But the way we work here, is different from how they do things in Germany. There, the architect also acts as a project manager. Here, that role is fulfilled by Bulsink, which is why they also work closely with our architect.”

“The architect studies the potential of a building and makes an impression of it”, Raymond explains. “Based on his drawings, Bulsink develops the design further in detail. In doing so, they have a fair amount of freedom, but it must always fit the image that the architect has in mind and within the price range that has been agreed on. After all, a budget is a budget; I don’t compromise on that.”

Finally: does Raymond know where the third Dutch location will be? “The idea was another branch in Amsterdam, but we’re keep still looking. The strange thing about the current situation is that properties which would normally be considered unavailable, are now sometimes within our reach. So, if an opportunity should arise, we will seize it with both hands.” 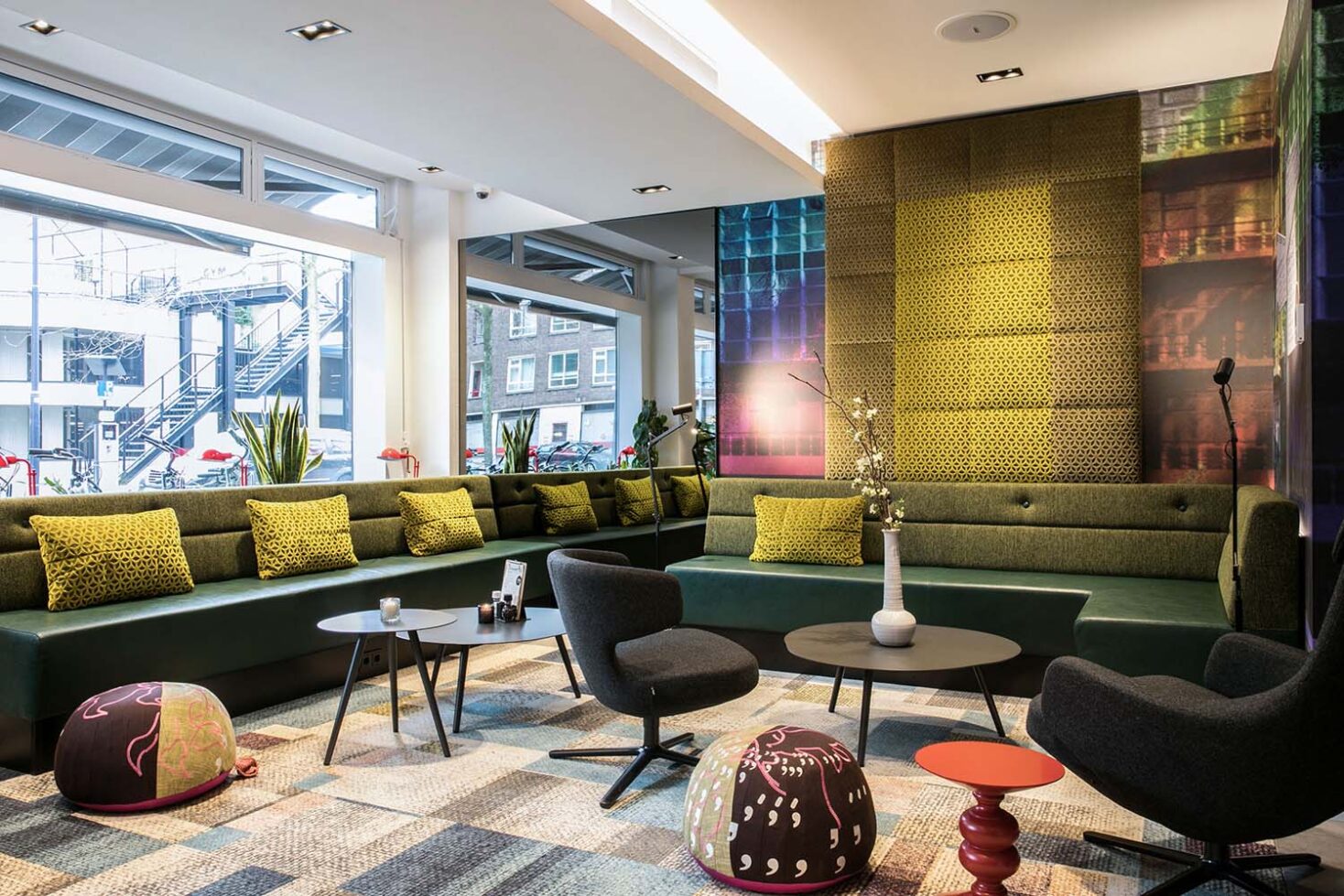 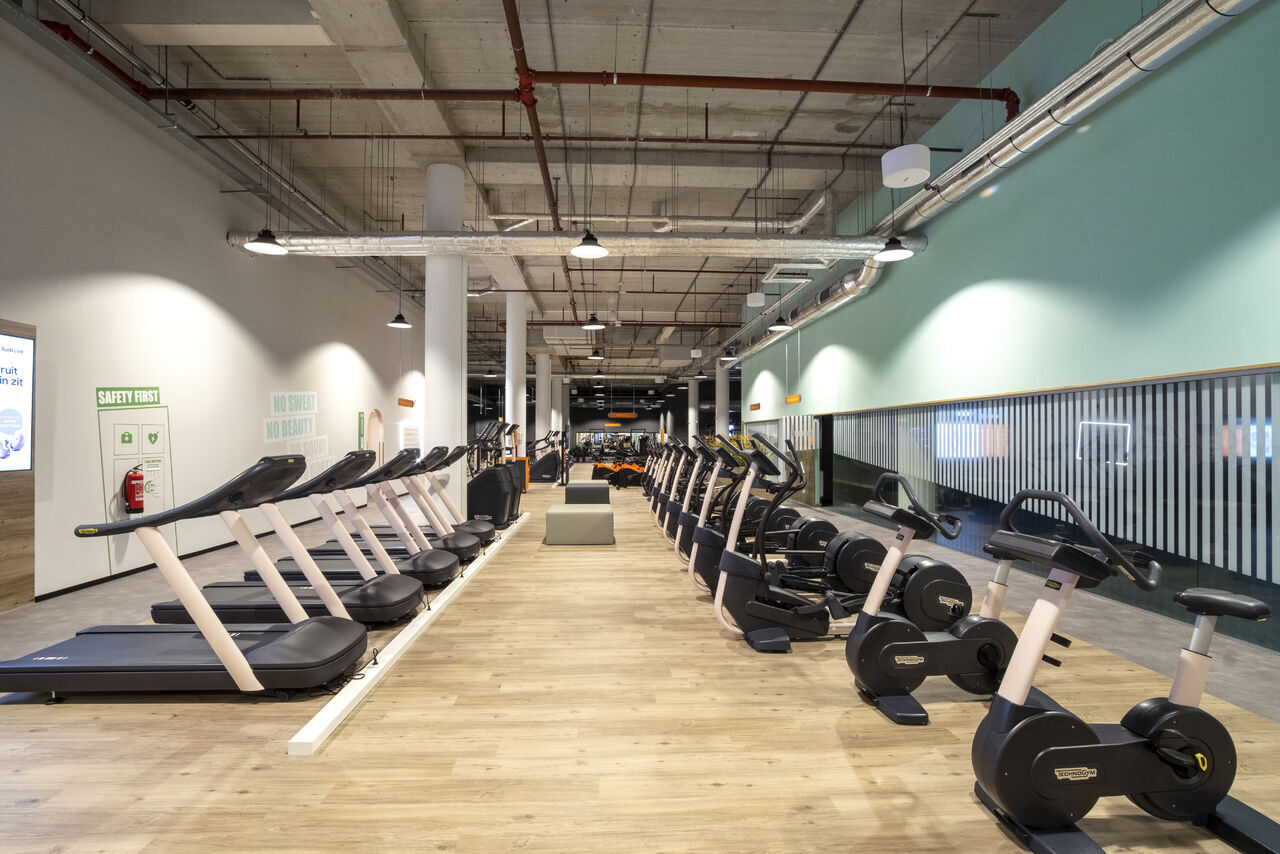 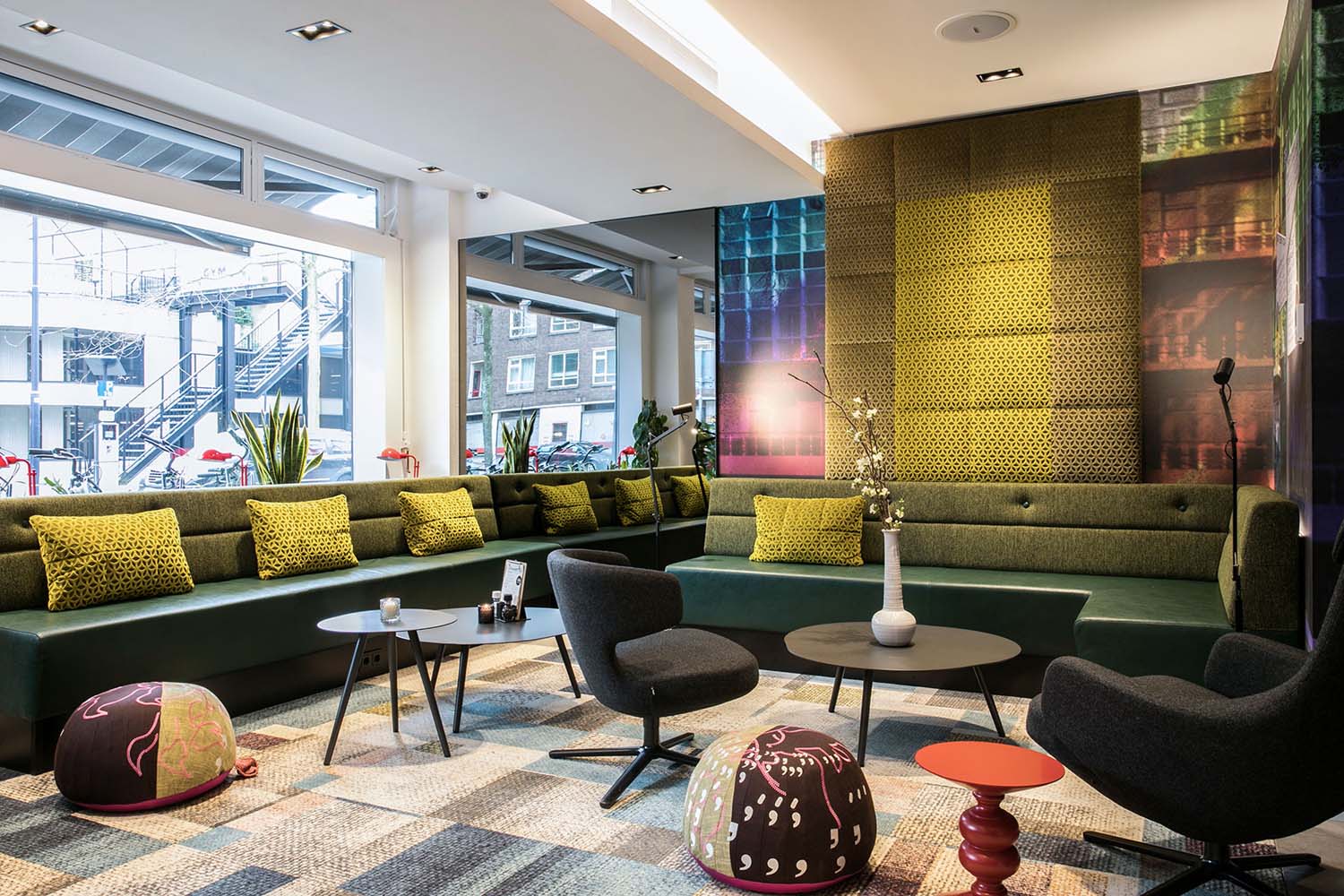 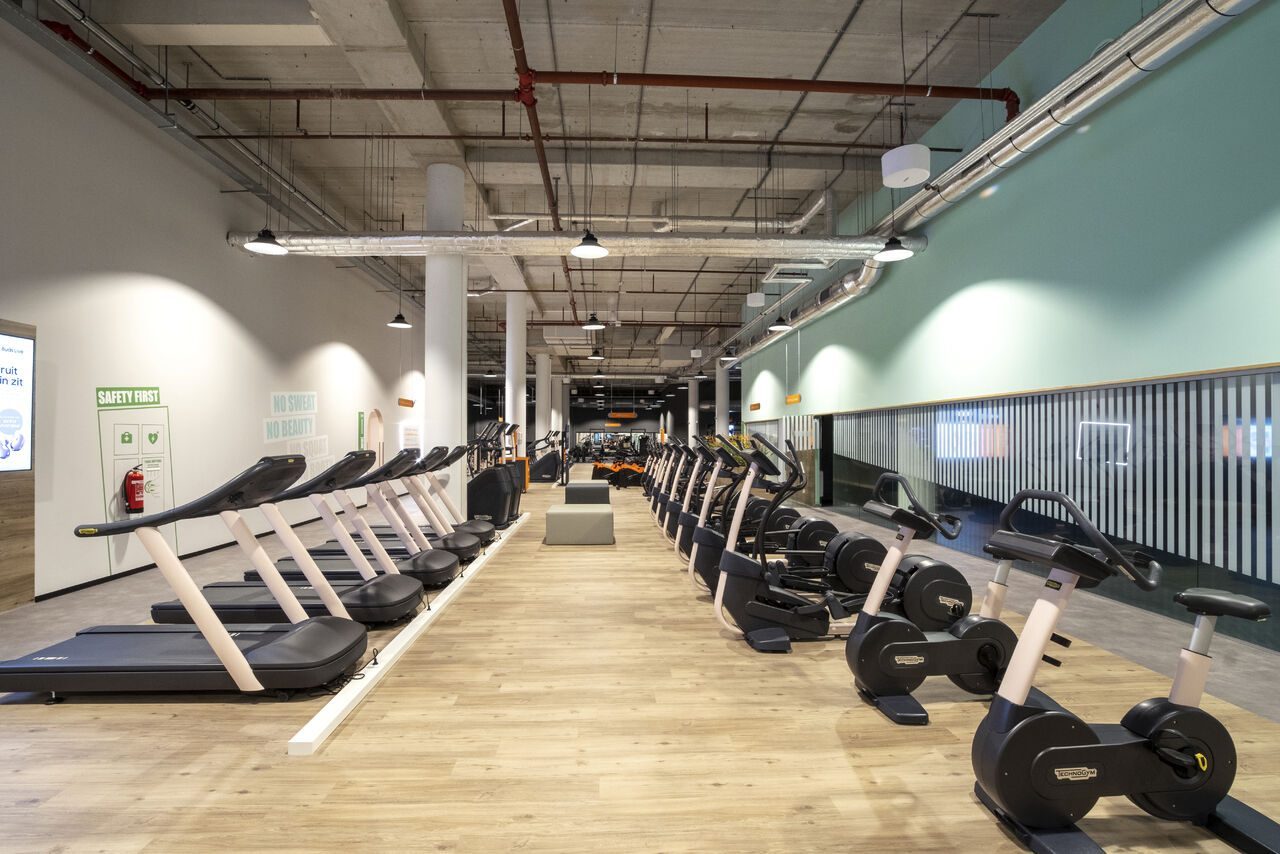 It seems a bit surreal, talking about Basic-Fit’s ambitions at this moment. In March 2021, gyms and fitness centres throughout Europe had already been closed for many months due to national lockdowns. Noneless, Dennis Aarts remains optimistic: “We are going to come out of this stronger.”

Having about 2 million members and 900 clubs in the Netherlands, Belgium, Luxembourg, France and Spain, Basic-Fit is the European market leader in the “value-for-money” fitness market. As a Project Supervisor, Dennis is responsible for the opening, renovation, maintenance and rebranding of Basic-Fit locations in the Netherlands and Belgium.